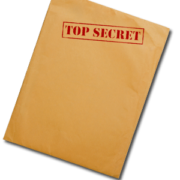 Carrollwood Players loves welcoming actors of all experience levels. As a non-profit arts organization, a large part of our mission is theatre education. And there may be no better way to learn how to act than to audition and get on stage! Trying new things is a great way to spread your wings.

In fact, one of the reasons we created the CWP Black Box Theatre was so we could take the idea of trying new things a bit further than you might expect from a community theatre. We’ve staged original jukebox musicals, edgy dramas, world premieres of original comedies, and more. But what’s coming next is out of this world. 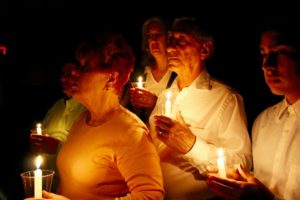 Imagine a performance at which there are two possible plays. There are two sets of sealed envelopes containing scripts for the actors. There are two sets of sealed boxes containing appropriate props and representational costume pieces. The only sliver of information anyone has is that both plays are raucous comedies. The actors know nothing else about the plays in the envelopes. The audience decides which play is to be performed by selecting one set of envelopes and boxes over the other.

The lights come up. The actors walk on stage, open their envelopes, and immediately perform the entire play, with no preparation and no rehearsal. This is not a play reading with actors seated in chairs, reading the words aloud like a high school literature class. The instructions are clear: With scripts in hand, give the audience a full quality production, or die trying!

We’re calling it Play It By Ear, because we can’t tell you the real names of the plays. That information will remain a closely guarded secret until the lights come up! We can tell you the plays contained in those sealed envelopes are ridiculously funny in their own right. And we think the way they will be performed is going to be comedy gold.

Once we decided to try this experiment in fun, we had to find a director. But how do you find a director who is willing (and able) to direct a play that isn’t allowed to have rehearsals? You turn to the improv community. And that’s where we found Dawn Kidle, longtime member of Tampa’s Nine and Numb improv group. 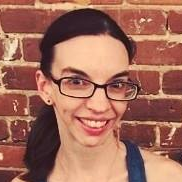 We can barely contain our excitement about having a director with nearly two decades of experience achieving “comedy at the speed of thought.” Dawn is no stranger to CWP, though. She directed our highly acclaimed production of The Diary of Anne Frank in 2016, has performed in some of our murder mystery dinners, and more. We cannot wait to see her in action with this project, and the cast of Play It By Ear can expect to learn a few tricks of the trade before the lights go up.

Speaking of the cast, Dawn needs one! If you’re looking for a chance to perform in something totally different and fun, we’re holding open auditions on Sunday, November 26th and Monday, November 27th, at 7 pm each night. The performances will be held on Friday and Saturday, January 5th and 6th.

Since no rehearsals are allowed, this is a great opportunity to get on stage without a major commitment of time (though there will be a few “practices” to help the cast stretch their comedy muscles and prepare for the unknown.)

Auditions will consist of cold readings from random scripts and short form improv games. Please come prepared to move! There will be a few weekday evening rehearsals throughout December and a couple of tech rehearsals the week of the show. You have to wonder how the light and sound people are going to handle their tech cues!

One thing is for sure. This is going to be unforgettable for all involved. “Audiences will be part of something completely new and innovative with this show,” Dawn Kidle commented. “I think any one who loves when a show doesn’t go quite as planned will find this event perfect for them!”

We have to mention another cool thing coming up in the CWP Black Box. Following the success of Eve Ensler’s The Vagina Monologues last year, director Bo Smith will be bringing The Penis Monologues to the Black Box stage in February. Hey, guys have private parts, too! The show is comprised of all new, original material written by local men about, well, down there. Have you written something about yours? We’d love to read it. Send it in, and it might be chosen for the show!

Since 2018, Carrollwood Players Theatre has been awarded more than $30,000 in cultural development funding by Hillsborough County.

Discover what’s happening in Hillsborough County with arts and culture events, classes, and more by clicking below!

The theatre lobby opens one hour before curtain time.

All seating is general admission.

Volunteer and See a Show for Free

Help in the lobby at a performance and see the show for FREE. Click HERE for more information and to sign up.

A copy of the official registration and financial information my be obtained from the Division of Consumer Services by calling toll-free (800-435-7352) within the state.

Registration does not imply endorsement, approval, or recommendation by the state.

A Must-See For Families!
Scroll to top